As part of an ethics deal approved by lawmakers last week, talking to reporters or editorial boards would be specifically excluded from the definition of lobbying for which the state ethics commission can require disclosure filings. The commission, which regulates lobbying in the state, included efforts by PR firms to get reporters to cover an issue they advocate for as “grassroots lobbying.”

That clears up some of the “objectionable concepts” proposed by the regulator and allows for free dialogue between media and PR professionals, said Jonathan Pierce of Albany firm Pierce Communications.

“That’s a good thing for the freedom of the press and our ability to communicate with them without having to disclose it,” he said in an email.

Karl Sleight, a partner with Harris Beach and former regulator at the precursor to JCOPE, said the federal lawsuit against the commission could create the first effects.

“Many of those positions that they took have been undermined by the law. The state Legislature said definitively that there are certain communications with journalists and editorial boards that are not lobbying or lobbying communications,” he said.

The legislation only addresses a small piece of the advisory opinion, JCOPE spokesman Walt McClure said. The opinion also includes “door opening” activities where a consultant sets up meetings between a client and public official and says consultants who engage in grassroots lobbying activity must register.

“Obviously this isn’t signed into law yet so (the opinion) is still in place until that changes. As far as the lawsuit, we’re waiting and studying this issue now,” McClure said.

The Joint Commission on Public Ethics has been sued by a group of firms including The November Team, BerlinRosen Public Affairs and Mercury LLC. The lawsuit alleges the new definitions violate First Amendment rights and would force every PR firm in the state to register.

The clarification from lawmakers is a strong statement, said Andre Claridge, managing partner of PC Public Affairs in Latham.

“I guess they’re reaffirming what most of us in the industry have said, which is that public relations, strategic communications, advocacy, are protected by the First Amendment,” he said.

The measure passed by lawmakers and expected to be signed by Gov. Andrew Cuomo includes new disclosure requirements for social welfare organizations that advocate on issues; lower thresholds to trigger disclosures from groups advocating on their own behalf; and new registration requirements for political consultants. The bill also targets independent expenditure committees that coordinate with candidates or their staff.

The ethics package, which fell short of what many good government groups hoped to see this session, came after both former Senate Majority Leader Dean Skelos and former Assembly Speaker Sheldon Silver were convicted in public corruption cases.

The added disclosures are steps in the right direction, Claridge said, but he doesn’t think it’s going to solve Albany’s ethics problem. Instead, the real deterrent is the threat of prosecution and conviction. U.S. Attorney in Manhattan Preet Bharara has been clear about his goal to stop bad actors through his investigations into public corruption.

“It’s certainly resonating throughout the halls of Albany. That’s good for guys like me who do things the right way — talk about leveling the playing field,” Claridge said. 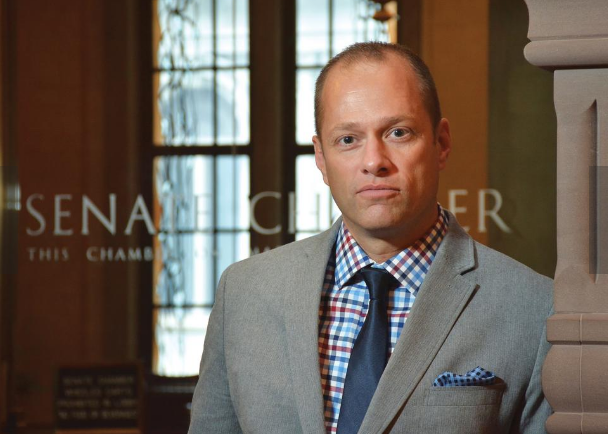